It is absolutely cost-effective to combine freshwater production with another activity, including energy production. The steam available at the exit of the turbines, and lost in a conventional plant, but is reusable in a thermal desalination plant or operating on the principle of evaporation. Derivatives are very important in the realization of the desalination of water or the construction of a desalination plant.

Fondation Exportoplus is in contact with universities and laboratories to take full advantage of all the avant-garde discoveries favoring the development and the profitability of products and gases emanating from the treatment of sea water. 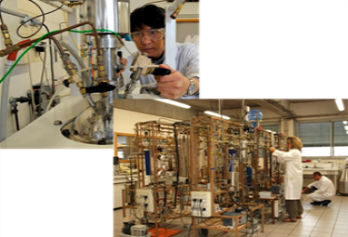 For example, US Navy laboratories have built a prototype that produces jet fuel from seawater. The recipe has two components: extracting CO2 from the water, and reacting it with water. hydrogen to synthesize hydrocarbons. Seawater contains abundant CO2 in the form of carbonic acid and dissolved salts (carbonate and bicarbonate). The researchers have developed an electrochemical cell, which recovers up to 92% of this marine carbon dioxide. It also produces hydrogen as a by-product. During the process, a catalyst was found which converts CO2 and hydrogen into hydrocarbons by a similar reaction to the Fischer-Tropsch process, which in turn transforms the gas into hydrocarbons.

It goes without saying that the convinced choices will come from an expert consultation (chemist, biologist, ecologist, ...) and innovative specialized institutions (universities, research organizations, ...). No decision will be made without expert lighting. Protecting us from possible errors, it is a question of bringing the maximum solution in terms of ratio between the quantity and the quality of derivatives and the technical and financial productivity. Appropriate proposals can only be the result of consultations by knowledgeable experts who would document the industrial future of processes. New and innovative ideas will undoubtedly emerge from such an effervescence of ideas.

The gases in question consist mainly of: 64% nitrogen, 34% oxygen, 1.8% carbon dioxide, or 60 times the proportion of this gas in the Earth's atmosphere. Seawater is 96.5% pure water, the rest is divided between salts, such as sodium chloride (our table salt) and other chemical elements: fluorine, sulfur, potassium or calcium which are also useful byproducts. In addition, the marine elements also give us organic substances, such as methane, chloroform but also sugars and vitamins. They are produced by living organisms present in the water. 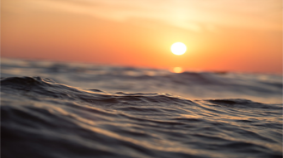 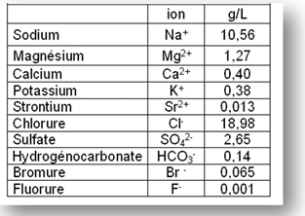